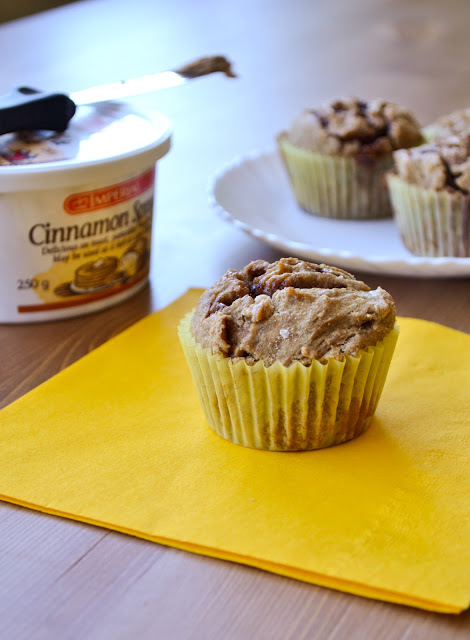 Sometimes when I post a recipe here, it can be something that I’ve been planning for a long time. Buying the specific ingredients, figuring out a time of when I can bake and take photos, thinking up ideas for the photos. I’ve been known to tease Trevor with recipe ideas for weeks on end. 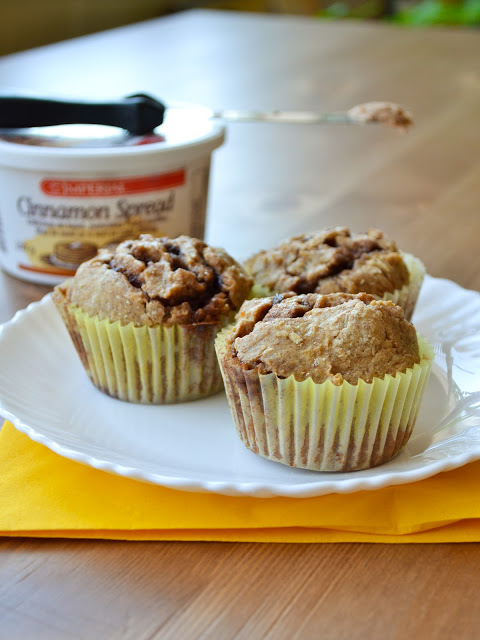 Other times though, a recipe will come from something I think up just after getting out of bed. I’ll be drinking my morning coffee, checking my email, thinking about what to make for breakfast…and then wham! The next thing I know, I’m preheating my oven and sifting my flour. 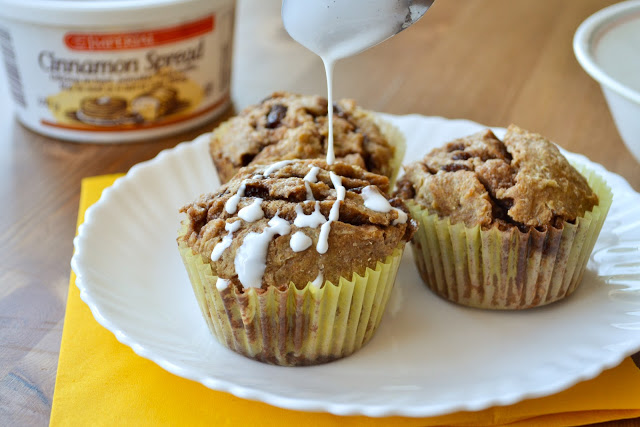 However, those last-minute recipes don’t always make it here. I’ve had lots of spontaneous baking moments that turned out to be epic failures, never getting to the photography stage (90% of the time, we do eat them though. They aren’t blog-worthy, but they’re still edible). 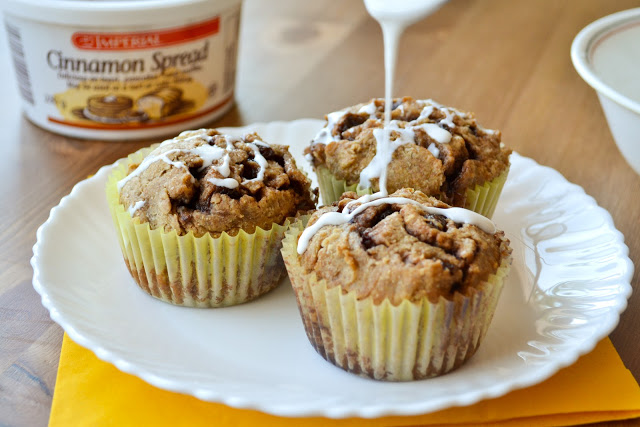 This recipe was a rare exception. It started with a craving for cinnamon buns.  I’ve made cinnamon buns in the past and I know from experience that they can take a while, especially if you’re waiting for the yeast to rise. Instead I went in search for a simpler and less time-consuming recipe. 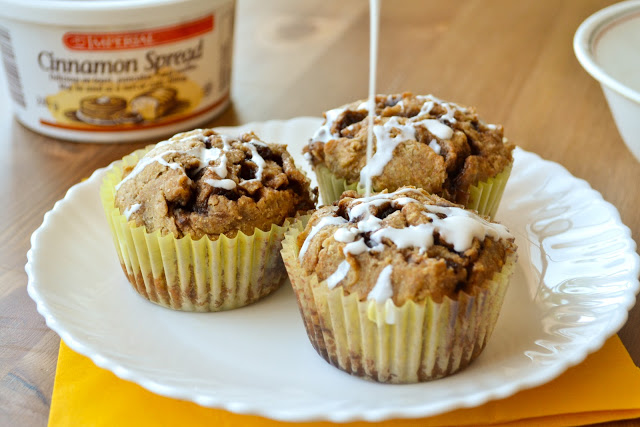 I came across a great recipe at allrecipes.com. It was quick, easy and most of all, the results solved my mid-morning cinnamon bun craving. To speed up the baking process even more, I used Imperial brand’s cinnamon spread in place of the usual butter, brown sugar and cinnamon. I used to love this stuff on hot toast when I was in university, back when I still craved cinnamon buns, but didn’t have the time to bake. 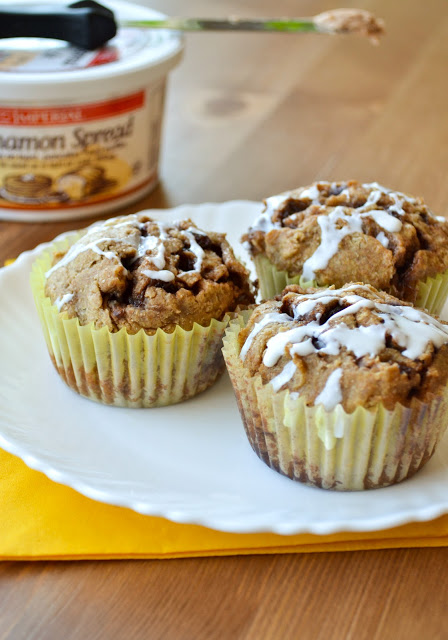 The results were sticky, gooey and cinnamon-y delicious. The best part was I still had the rest of the morning to do whatever I wanted.

Just a heads up that this icing recipe will dry on the muffins if not eaten within two days. It you aren’t planning on eating/serving them this quickly, I would suggest making the icing ahead of time and use as needed. 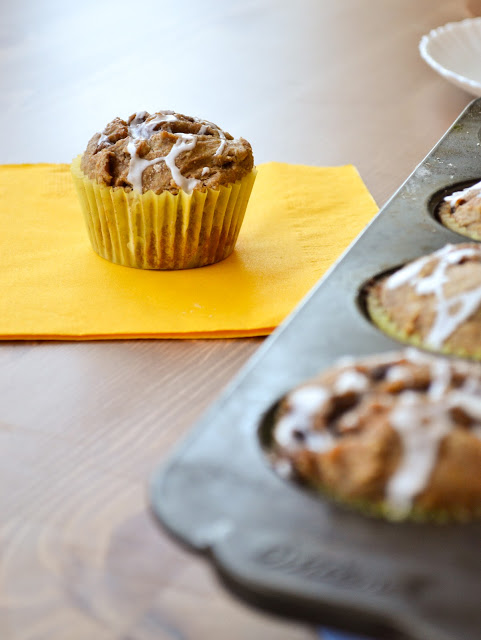 One comment on “Quick and Easy Cinnamon Bun Muffins”