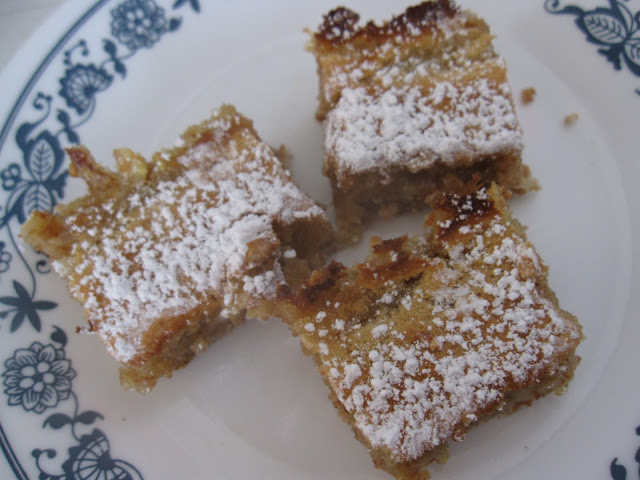 Lemon squares. They are easy to make, a pain to cut and they don’t always look pretty when you finally managed to saw off a few squares. Don’t let that fool you, they are always delicious and these ones have a story to tell. I just wish that these photos showed more of the yellow-goodness that was inside them.

I started the morning with a dream to make lemon squares and I ended the day with a cleaner oven and a greater patience for Trevor. He might say the same about me. 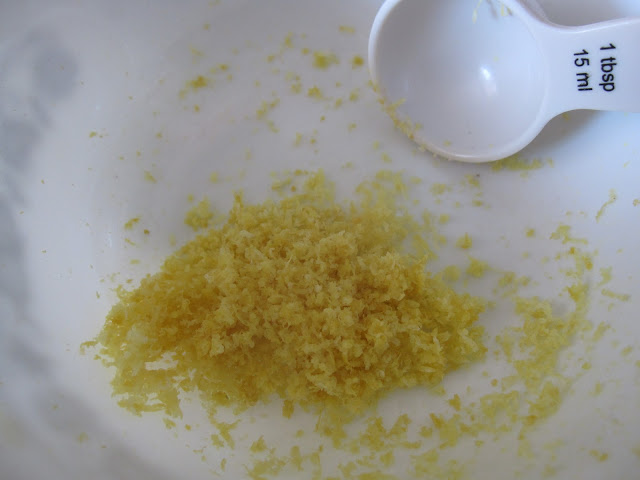 I had the weirdest craving for lemon squares when I jumped out of bed. It was the coldest morning we had had yet, the “hardwood” floor of our apartment was cold and creaked with every step I took from the bedroom, to the bathroom and to the kitchen. I threw a thick sweater over my usual sleepwear of pj pants and a tanktop and hovered over the warmth of my laptop with a cup of pumpkin spice tea. I had every reason to hit the Farmer’s Market, I just wanted to warm up a bit first. 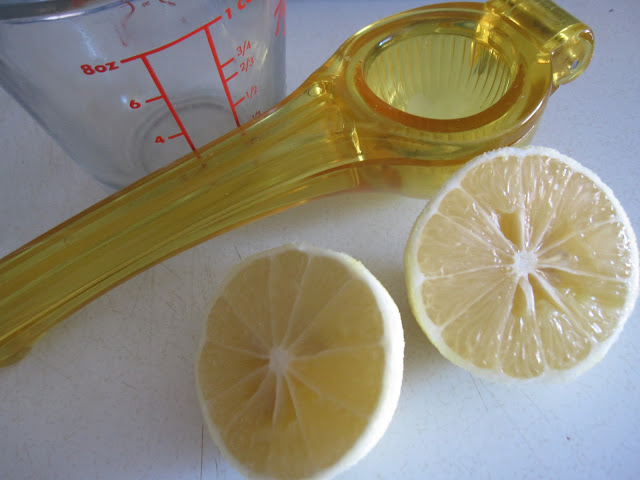 I usually tried to hit the Market around 11am, early enough to get the best produce and avoid the lunch crowds. This morning, I was barely before one when I pulled up to one of the last parking spots. It was so windy that the large doors, usually open and busy with vendors, were bolted shut. Customers had their hoods pulled over their heads, and clutching their purchases close to their chests, were racing back to their vehicles.  Knowing what I had to do, I too tightened my hood and made my way to the entrance.

I picked up my usual items – oranges for Trevor, yams and zucchini for future suppers. Strawberries were a spontaneous sale purchase. Lastly, with the bars still on my mind, I picked up some ripe lemons and made the windy drive home. 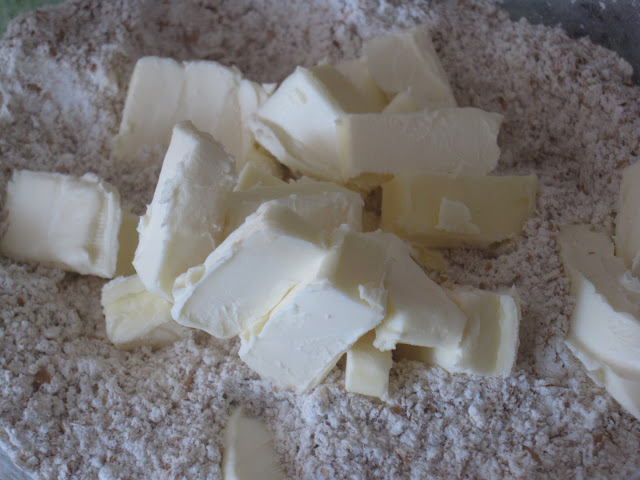 I was barely home 10 minutes when I started the oven and pulled out a bowl to start making the crust. Grating and squeezing the juice out of lemons were never my favourite task, but I was up for the challenge as I knew the outcome. I couldn’t remember the last time I had a powdered sugar lemon square, but it was a sensation that never went away. With every squeeze of a lemon, I could practically taste one on my lips.

I was obedient with the recipe, following everything to a T and double-checking all measurements. Around my mechanical movements, Trevor made himself a sandwich and helped himself to an orange, always staying out of my way. But it was only a matter of time before something went wrong. 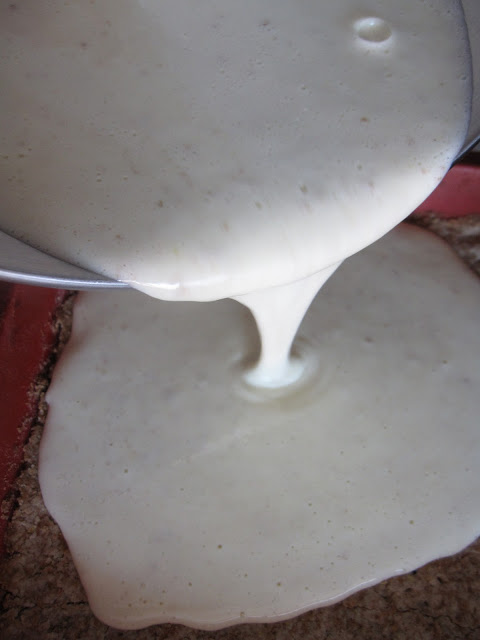 The lemon filling in the pan was on its way to the open oven when it happened. My hands, usually so steady in their time of need, slipped and I had to juggle the pan to prevent it from crashing to the floor. Even though I didn’t drop it, there was still a sacrifice. The pan tipped enough to spill at least a cup of the sticky, sweet filling into the hot oven, right on the open and waiting door. My hands were covered, the hot oven door was sizzling and tears started to burn my eyes in rage. I yelled about six different profanities and managed to get the pan and the remains of the uncooked lemon squares into the oven and kicked shut the door.

Trevor came to the kitchen to see what was wrong and make sure that I hadn’t hurt myself. Upon seeing me on my hands and knees, cursing and mopping up the sticky lemon mess that was seeping from the oven door onto the floor, he rolled up his sleeves and started on the dishes I was running water for in the sink. Meanwhile, I opened the storage drawer underneath the oven and cleaned out the remaining baking sheets, muffin tins and pizza pans, all covered in the thick lemon sauce. 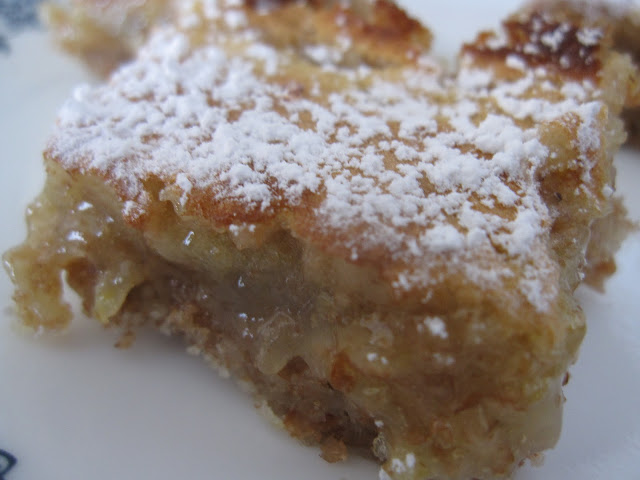 Because the lemon squares were not as thick, they didn’t take the required 20 minutes to cook. Lucky thing too, since the spilled filling inside was started to smoke and burn to a crisp and we had to throw the windows open as to not alarm our neighbours. It was another half an hour before the oven cooled and I could give it the scrubbing it needed.

The squares were not as thick as they were supposed to be, yet I still ceremoniously dusted them with powdered sugar and half-heartedly cut the non-burnt ones for Trevor and I to share. The dishes were done, the oven was clean and my tears had dried. Despite losing some of the batter, the lemon squares were still everything I wanted and needed at that moment. Trevor gave his thumbs up approval, even after I told him to be brutally honest, since this wasn’t exactly my finest hour. 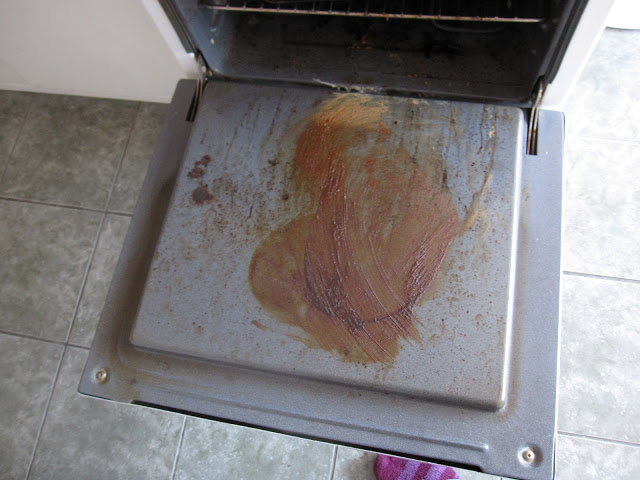 Next time, I will have to be extra careful with my fumbling fingers when walking the lemon squares to the oven, but I’ll also make sure that Trevor is nearby again to supervise and help clean up. 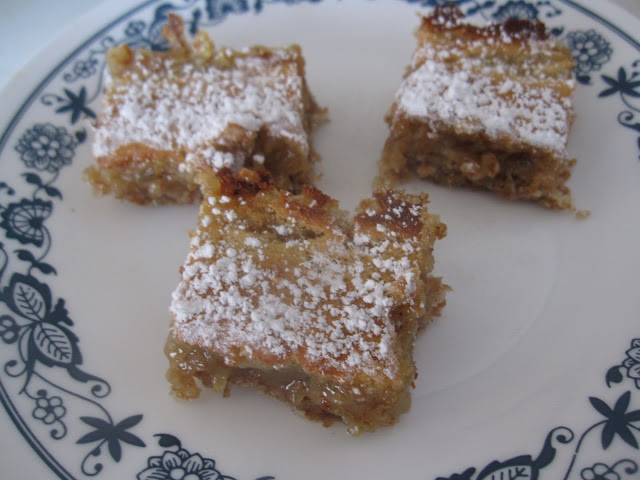