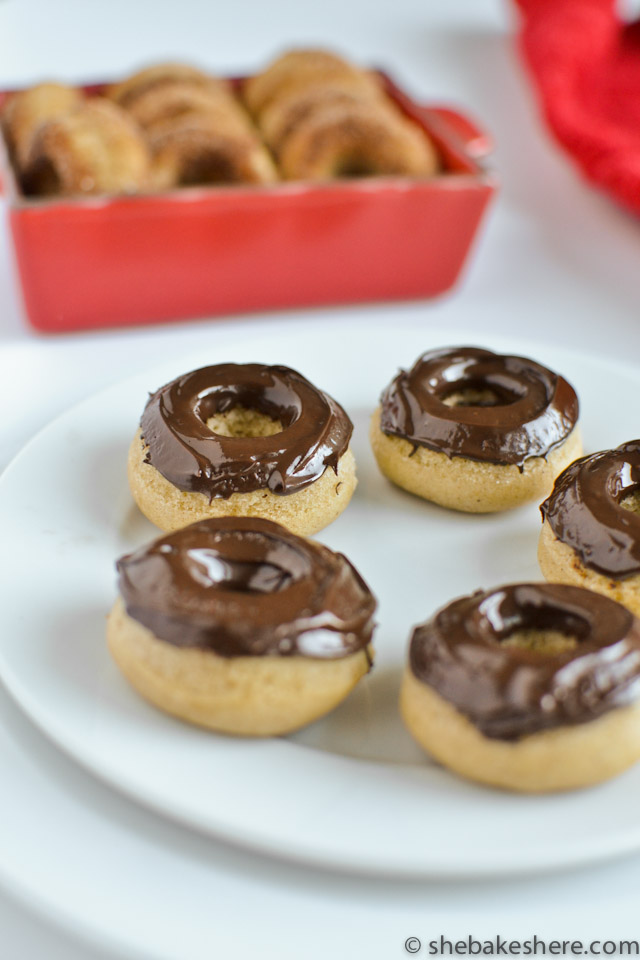 Whenever there is a fresh blanket of snow outside, I always find myself reaching for comfort food. Lately it’s been casseroles, homemade soup, fresh baked rolls, warm mugs of apple spiced tea and all the baked goodies imaginable. The freezer as of late has become pretty bare because we’ve somehow managed to eat through all the carrot ginger soup and leftover turkey stew I made and promptly froze at the end of December. Luckily with all this soup and stew we’ve been eating, my new bread maker has been getting plenty of use. I’ve become a master of the “dough” setting and turning out fresh rolls like nobody’s business. Hopefully later on in the year I’ll be able to face my fear of making fresh bread on a regular basis and we can stop buying up all the spongy commercial bread at the grocery store across the street (possible goal for 2015?).

Speaking of goals, another one I have for this year is to try and get more use out of some of my single purpose kitchen items. When we were moving in August and I was packing up the kitchen odds and ends, I came across my mini doughnut pan shoved in the corner of a dusty cupboard. I lovingly wiped it clean, gave it a kiss before packing it away and vowed that I would make use of this pan before the year was out.

Now that 2014 is gone, I’m finally, finally making good on that promise and I’m proud to be entering this recipe for Red Lentil Baked Doughnuts in this year’s Canadian Lentil Recipe Revelations Challenge. If you are a long-time reader of SBH, you may recall that I entered this same contest in 2012 with my recipe for Peanut Butter Banana & Red Lentil Muffins. Those muffins are still on regular rotation in our kitchen, but the way Trevor’s co-worker’s inhaled these doughnuts, I’m sure this new recipe is not that far behind. 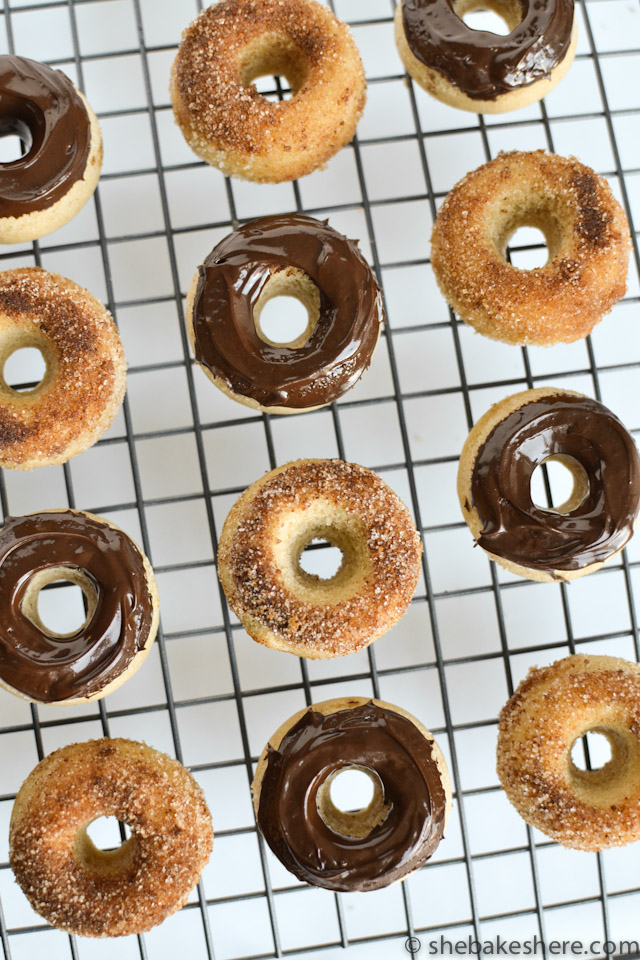 When I was little, my favourite doughnuts were plain with either a dusting of cinnamon sugar or dipped in chocolate glaze. To keep this recipe simple, I stuck with these childhood classics. However, if vanilla bean glaze or confetti sprinkles are your thing, then go nuts! In my past doughnut recipes, I’ve also used caramel, chopped walnuts and even a simple dusting of powdered sugar. Please consider this to be the blank canvas for all your wildest doughnut creations. 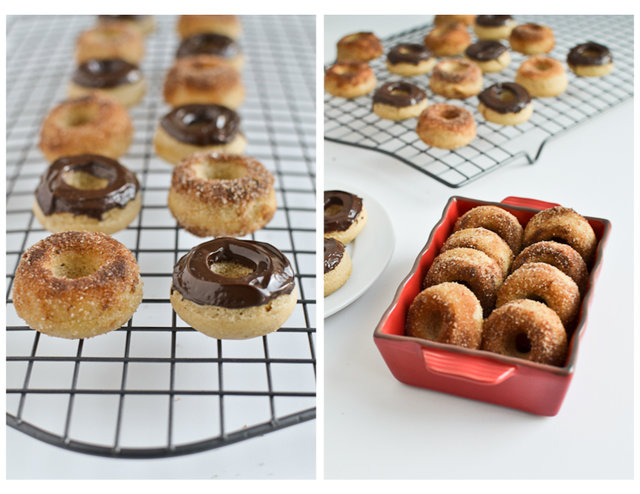