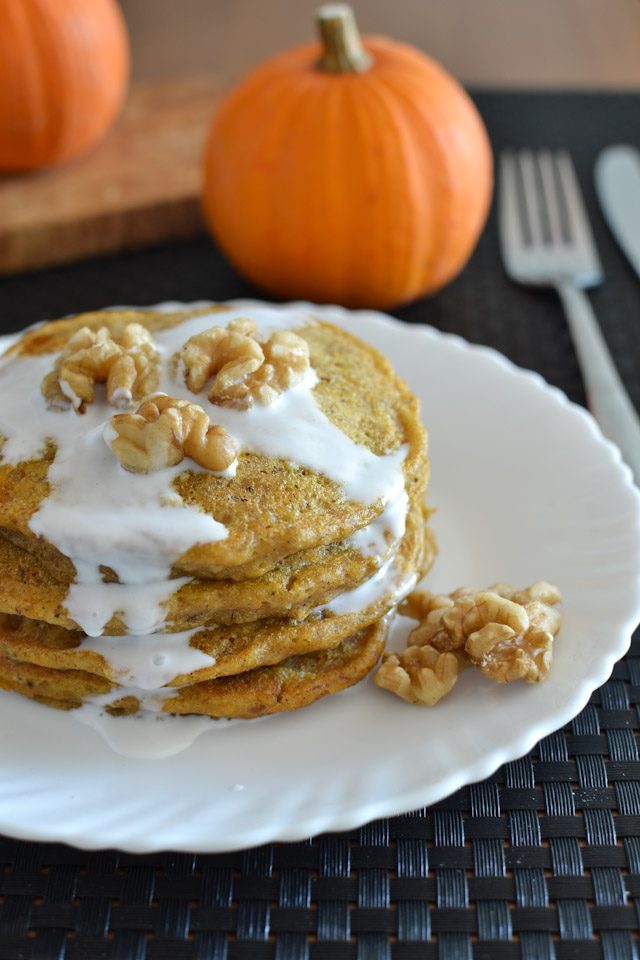 I’ve been on an comfort food kick as of late, what with the weather turning colder and the days being shorter. Over the weekend, Trevor and I went to Nuit Blanche which is an all-night art event held in downtown Toronto and it was so cold that I was kicking myself for not bringing my mitts, toque and a scarf. The streets were literally packed with people, but that didn’t stop the wind from picking up at random intervals and making me a miserable, shivering person. The event was all-night, but we ended our evening early just before 11pm and made a stop over at the food trucks that were parked conventionally across the street from our condo. Street food, warm pjs and late night television. Call me Grandma Jessica, but it was the perfect end to our Saturday night.

My longing for comfort food continued into the next morning when I swear these pancakes were calling my name. Normally I can’t even function first thing in the morning without my coffee, but for some reason I knew I was going to make spiced pumpkin pancakes before I had even crawled out of bed. ‘Tis the season I guess, because if it isn’t apples, apples and more apples, it’s pumpkin. I’ll probably be sick of both by the end of the month, but for now I’m embrace it while it’s here. Fall is such a short season and the fall produce season is even shorter. 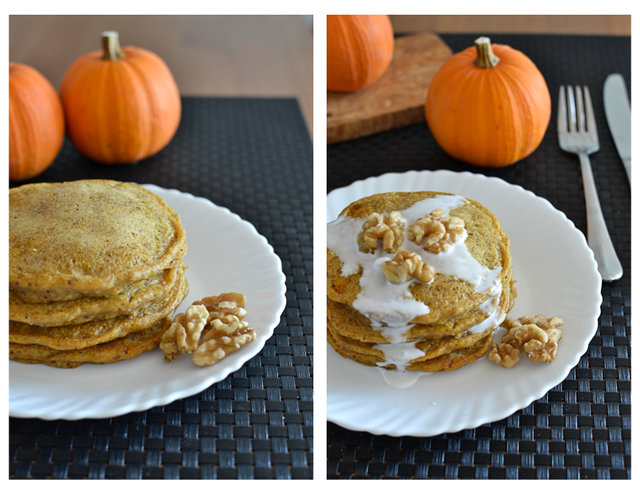 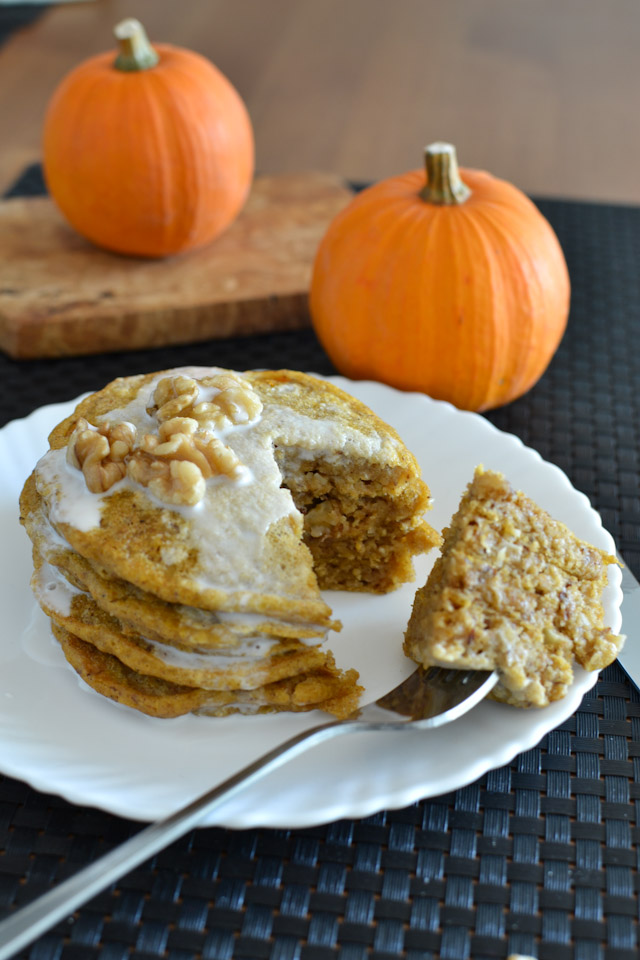 You can also make this the night before and let the pancake batter sit in the fridge overnight. Then in the morning, just roll out of bed and start heating your pan! Who doesn’t love minimal-effort-in-the-morning pancakes?