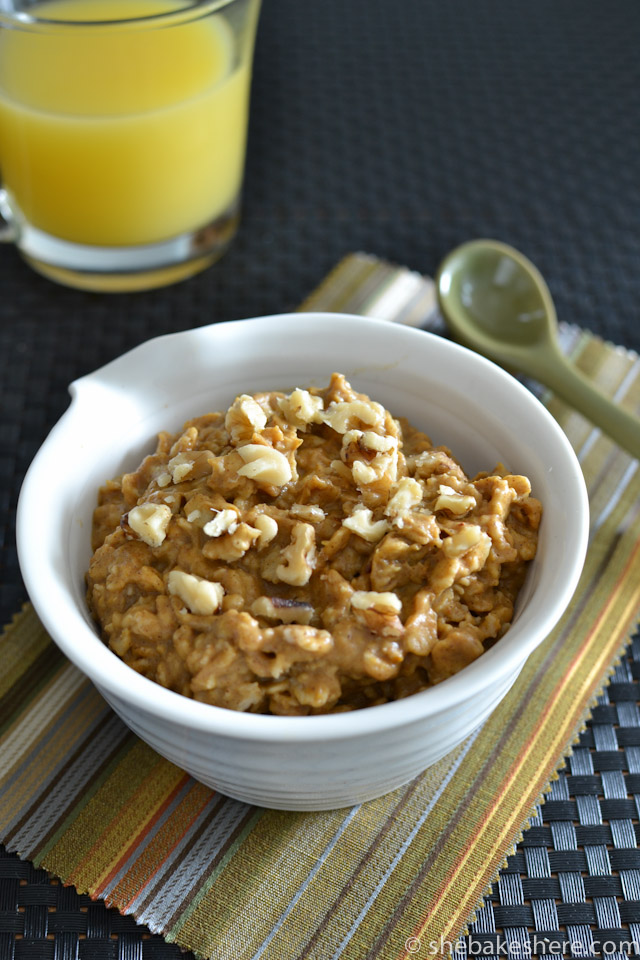 Even though Canadian Thanksgiving is over, pumpkin is still very much a big deal here. We’ve been eating leftover pumpkin pie tarts (made with coconut milk for Trevor), pumpkin gingerbread loaf and now I’m back to eating pumpkin for breakfast. It may seem like overkill right now, but soon we’ll be in the middle of the holiday season with gingerbread, peppermint and eggnog. The fall season is very, very short and I was nicely reminded of this the other day when I noticed some retail stores have already started to put out their upcoming holiday merchandise. I was so not ready to see that much red and green so soon after my long weekend.

I recently took on the challenge of roasting pumpkins to make my own puree, and wow, what a difference it was compared to the canned stuff. I’m all for using canned food when I’m in a pinch, but sometimes I forget the obvious of how much tastier (and cheaper!) it can be to go that extra mile. Of course, I forgot to document the process because taking apart a pumpkin, gutting it, cleaning, and trying to keep the seeds can be a messy job. Two small 3lb “pumpkin pie” pumpkins took me a little over an hour and that was before they were even placed in the oven. Luckily, I ended up with a sizable bowl full of pumpkin seeds to roast and over 4 cups of delicious pumpkin puree. 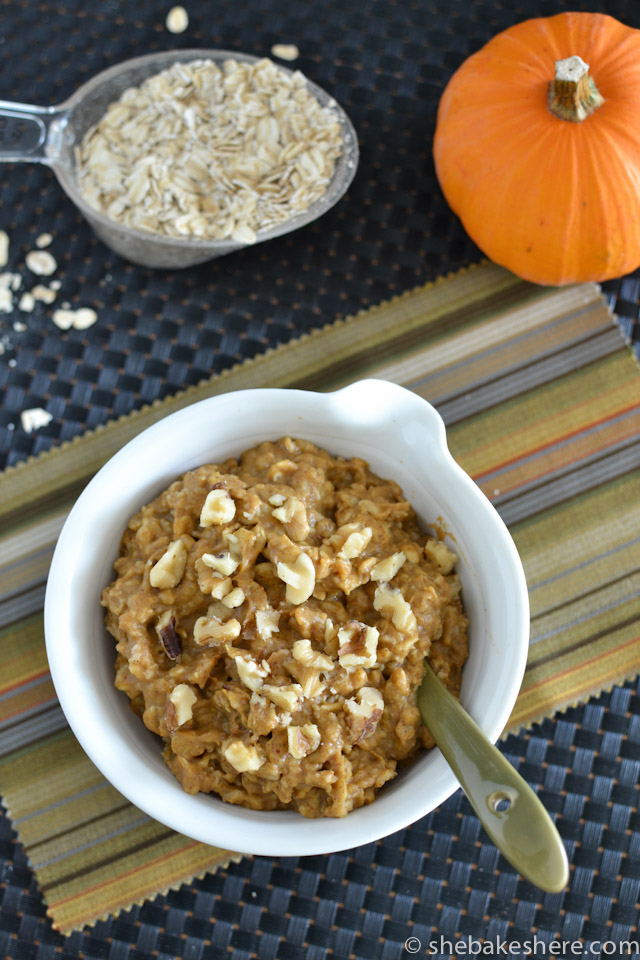 For Thanksgiving, our friend hosted a dinner party and much of the pumpkin puree was used for the pumpkin pie tarts and the pumpkin gingerbread. The next day, I realized that I had a small amount of puree leftover to make a couple more batches of this pumpkin pie oatmeal. Hot oatmeal is my go-to breakfast of choice during the colder months and I love how quick and easy it is to throw together in a pot and cook on the stove while I’m getting dressed in the morning for work. This oatmeal is stick-to-your-ribs delicious and lightly flavoured with all spices of pumpkin pie: cinnamon, ginger, nutmeg and even a touch of maple syrup. The maple syrup really takes it to the next level and I don’t recommend skipping it. I also used almond milk, but you can use real milk for this recipe if that’s what you have on-hand. 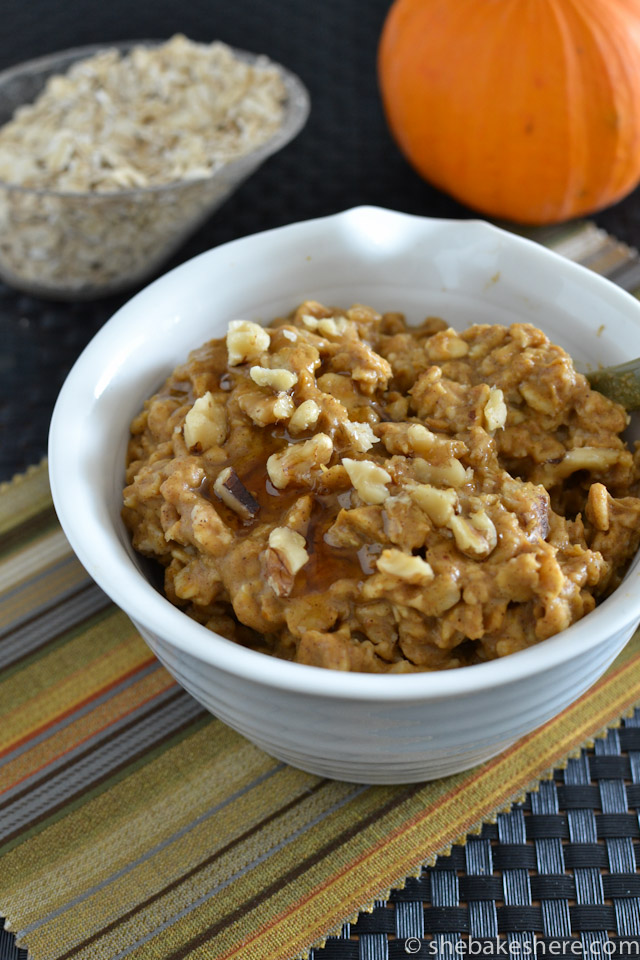 Hope everyone in Canada had a fantastic Thanksgiving and hooray for a short week!