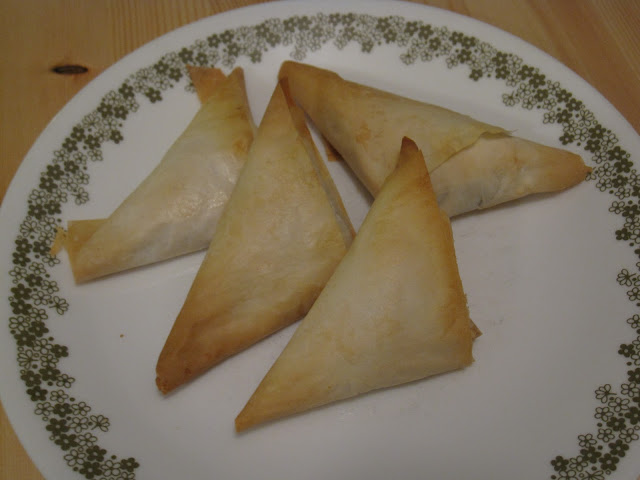 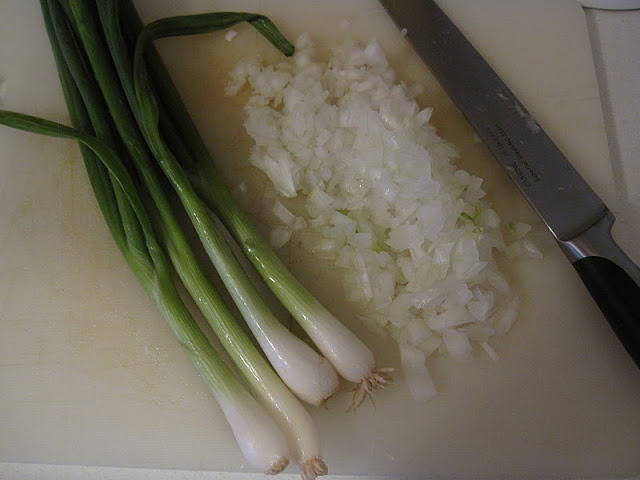 Pre-made spanakopita is almost always found in the frozen food section of every grocery stores. My mom is a big fan of M&M Meats frozen appetizers, so there is usually a collection of boxes stashed away in the freezer to enjoy (this past Christmas was no different). I’ve also spotted boxes in Costco and Walmart too.

This holiday though, I craved a challenge. My last three posts were cookie recipes, so I knew homemade spanakopita was right up my alley. The night I planned on making it, Trevor was armed with his lactose intolerant pills and I was trying to calm my phyllo pastry handling nerves by watching youtube videos on how to handle the stuff without going insane. 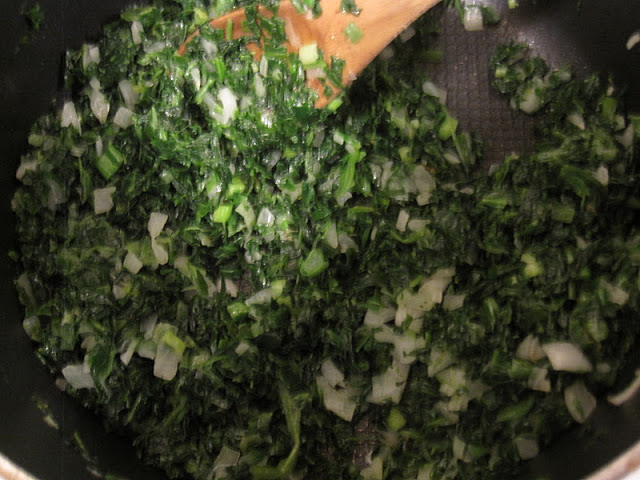 I did everything was told to do, I thawed the package properly and well in advance, my phyllo pastry was covered in plastic wrap AND a damp tea-towel. I worked at the speed of light, only stopping to take the odd photo or two to document my excursion. 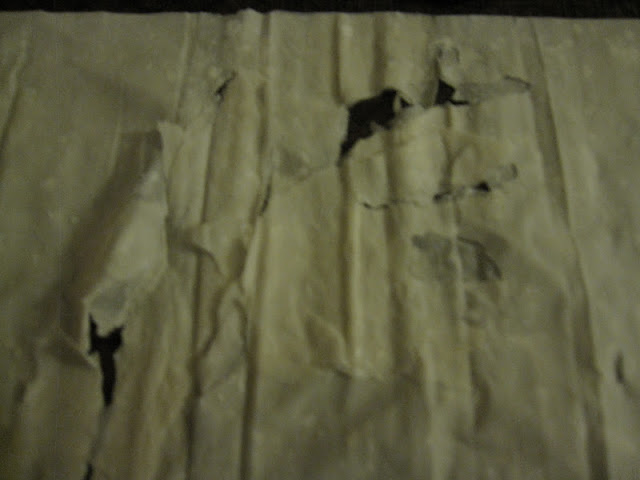 But no matter what measures I took, I learned that phyllo pastry is not my friend. I pleaded, cursed and pulled out my hair, but I still struggled with separating the sheets and keeping them intact. I’ve heard rumours that you can buy special sized phyllo pastry sheets somewhere and I really hope that’s true for next time. 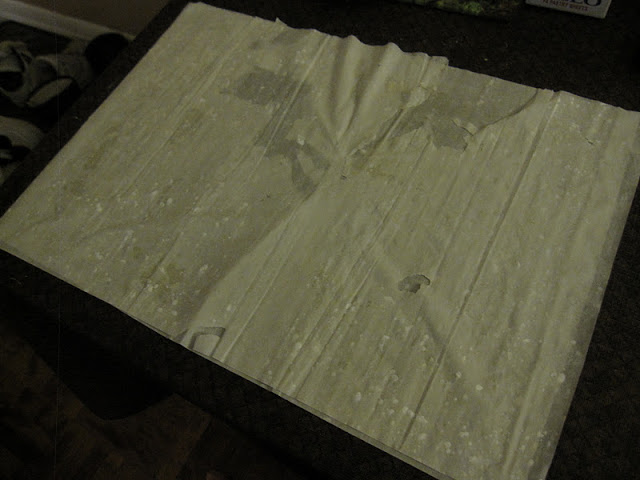 Despite most of the sheets shredding, I was able to salvage it. As you can see above, there was a large hole along the side of the top sheet, but I knew this wouldn’t matter since I would be slicing and folding them into neat little triangle. 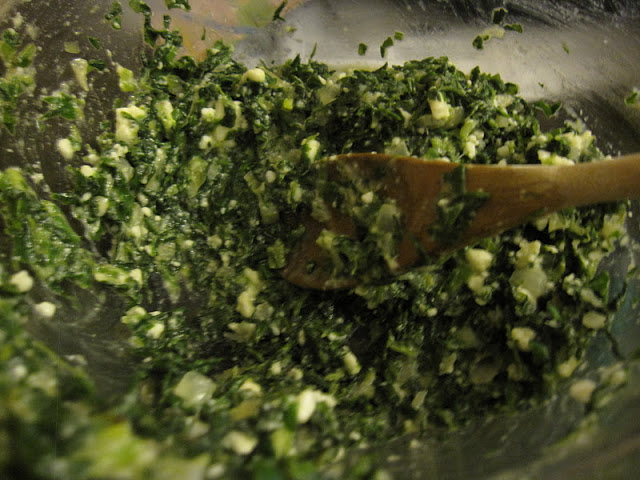 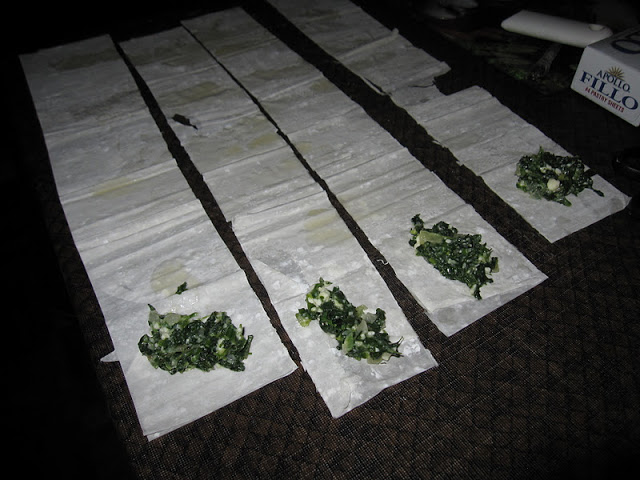 If you have a pizza cutter, use it to slice your phyllo sheets, like I did above. Believe me, this will be a life-saver during crunch, pulling out your hair time.

Folding the triangles was probably the best part in making these. You get to hide all the little imperfections in the phyllo pastry. I swear, your guests won’t notice them. 🙂 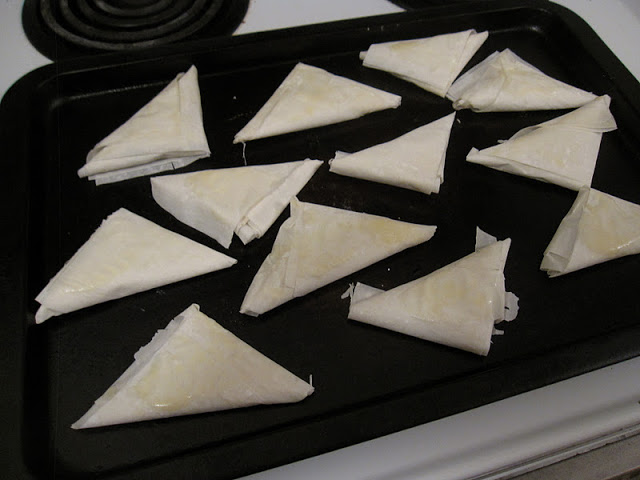 If I could give one piece of advice, it would be to make sure that you have everything assembled and within arms reach before you open the phyllo pastry package, because once you’ve opened it, there is no going back.

Also, make sure that you completely strain your thawed spinach. Moisture is not your friend, so I recommend doing it by hand. 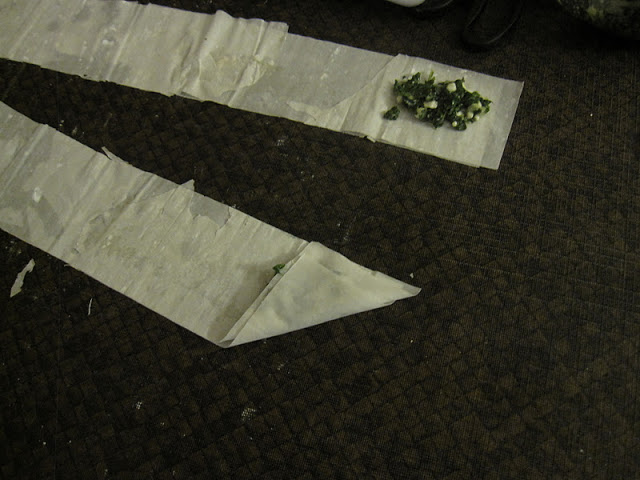 Despite my struggles with the phyllo pastry, I would make these again in a heartbeat. In fact, looking at these photos makes me want them again. Badly. Someone point me towards the pre-cut phyllo sheets in the freezer section, I may want to save my hair the second time around.